You will have received an email from our representative on where you will be met. Normally this is at the apartment but on rare occasions the location for the key handover might have to be different.  If you are using a taxi show the following address to the taxi driver:
Urbanización Los Miradores del Puerto, Bloque G, Escalera 2, Apartment 1H, La Manga del Mar Menor, 30380, San Javier, Murcia

When you are ready to leave the airport (after collecting any hire car) please phone on +34 638 715 406 to advise that you are leaving the airport.

Leave the airport and follow signs for Murcia to join the AP7 motorway. Once on the motorway (this is a toll motorway), follow signs for Cartagena. You are on the Autopista del Mediterráneo (AP7) heading south. Follow the motorway for about 99 km. Eventually, at Junction 800 you will then see the signs for La Manga (MU312 – which is the road number).

Instructions from the AP7 heading south. 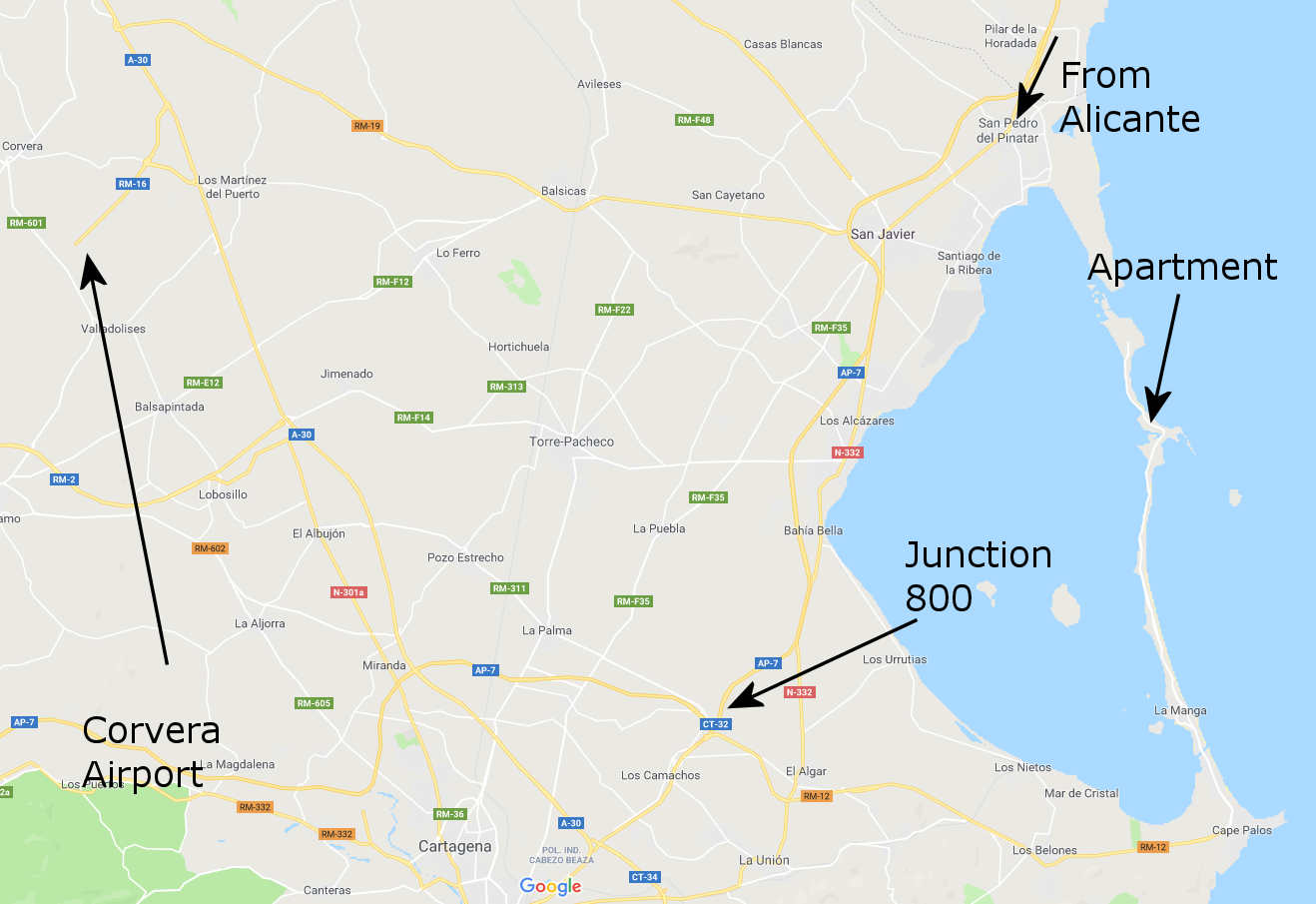 At Junction 800 exit the motorway signposted for La Manga (MU312/RM12 – which is the road number). If you want to see this road junction, take a look at Google maps. Once on this slip road there are several exits to the right. Take the third exit for La Manga. The road turns to the right and curves round under itself. Beware at the bottom as there is not a feeder lane so stop and check for traffic from the left. After passing back under the motorway you have just exited from, the road climbs up and over, and then joins a dual-carriageway. You are now on the MU312/RM12.

Stay on this road for about 10km.  You now need to telephone John again as soon as possible on the number above so he will be ready to meet you outside the Tourist Information Office.

Eventually you will reach a roundabout.  Drive straight ahead at the roundabout, continuing on the dual-carriageway as it makes a long curve left, just after the Go-Kart Track and BP Petrol Station on your left. You will also see lots of advertising hoardings on your right

At the first set of traffic lights there is an obelisk/structure and you enter the La Manga strip – this is Kilometre 0.  Keep driving straight ahead. The apartment in Los Miradores del Puerto is just after the Kilometre 14 marker. 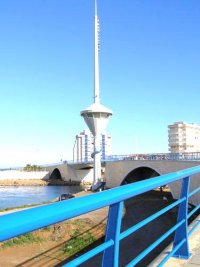 As you drive up the strip you head North.  After 12.5 km, you will see a small roundabout. Continue straight ahead, and cross over a large bridge with a futuristic control booth on the left. This bridge opens every two hours (between 0800 and 2200) for about 10 minutes to let yachts and large boats through.

the bridge travel about 500m before turning left into the road approaching the apartment area (just before the ‘Spar’ supermarket). This road leads to the apartment area. Park as near as you can to the far end. The apartment block is the last on the right painted with blue balconies. 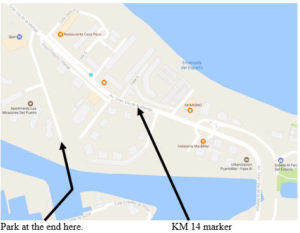 Go up the steps and through the gates at the far end marked Private Access For Residents Only.  The gates are not locked. At the top of the steps, turn right and walk under the apartment block (Bloque G) and the entrance is on your left. This is Escalera 2. Take the lift to the 1st floor and our apartment is 1H. 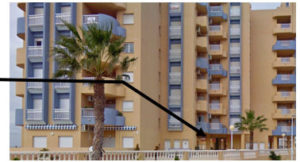 The apartment address is:

Our apartments are great for:

Rent one of our Two Luxury Spanish Holiday Apartments